High School Boys' Vikings Soccer Coach Alex Ghoja
​Alex Ghoja is originally from Madison, Alabama. He attended and played soccer for the University of Montevallo, where he earned a bachelor's degree in Kinesiology. During his time playing for Montevallo, his team reached the National Final Four in the NCAA Tournament, as well as set the school record for highest NCAA rank for the men's soccer team at No. 2 in program history.

​After college, Coach Ghoja coached for Hoover Soccer Club where he assisted with the program's U-15 Region 3 Premier League Boys' Team. He then went on to serve as the Head Varsity Boys' Soccer Coach at Central High School. For the past four years, Coach Ghoja has coached CFC Red Star and currently coaches the club's 06 Elite Boys' Team.

In 2021, Coach Ghoja led the Vikings Soccer Team to the Final Four of the GHSA State Playoffs.

​Coach Ghoja and his wife, Kimberly, have been married for two years and have a 1-year-old son, Axel.
High School Lady Vikings Soccer Coach Zach Corcoran
After graduating from Pacelli High School in 2008, Zach Corcoran earned a bachelor’s degree in Science from Georgia Southern University in 2012 and went on to earn a master’s degree in the Art of Teaching Health and Physical Education from Columbus State University in 2019. Coach Corcoran holds the prestigious United States Soccer Federation C Coaching License. In addition, he is a certified strength and conditioning specialist.

He says his coaching mentors are Mike Dempsey and Jay Entlich. 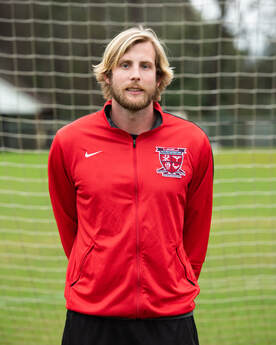