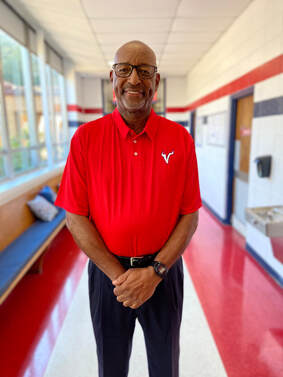 Meet Head Vikings Golf Coach Richard Mahone
Richard Mahone grew up in Columbus, Georgia. He graduated from Carver High School in 1969. After high school, Mahone attended Brewton-Parker Junior College on a basketball scholarship. Later, he transferred to Fort Valley State College where he earned a bachelor's degree in Education in 1974. He went on to earn a master's degree in Education from Georgia Southwestern University in 1976.

Mahone’s first head coaching position was at Spencer High School. While there, he compiled a basketball record of 98 wins, 32 losses, which included winning a regional championship, Shaw Christmas Tournament as well as a state playoff berth. Mahone received two Ledger-Enquirer Coach of the Year awards.

After his time at Spencer High, Mahone worked as an assistant basketball coach at Columbus State University for three years.

In 1987, Mahone became head basketball coach at Columbus High School. While there, he compiled a 42-10 record. His team won the regional championship, Shaw Christmas Tournament and a playoff berth to the state basketball tournament. Mahone was named Ledger-Enquirer Coach of the Year and earned a Georgia Athletic Coaches Association Award - Coach of the Year in 1988.
After two years at Columbus High, Mahone returned to his alma mater, Carver High School, where he spent 15 years. In addition to compiling a 364-72 record with seven region championships coaching basketball at Carver, Mahone served as the Carver Tigers' head golf coach for 10 years. During his tenure at Carver, six golfers signed to play golf at the Division I collegiate level.

Mahone retired from Carver High in 2004 when he was named head basketball coach at Chattahoochee Valley Community College (CVCC) in Phenix City, Alabama, where he compiled an overall record of 323-126. While at CVCC, Mahone also taught beginning and advanced golf courses. He received several honors at the collegiate level, including the Birmingham Tip-Off Club Glen Clem Award for the top Community College coach in Alabama and six Alabama Community College Conference (ACCC) Southern Division Coach of the Year Awards. In March 2020, Mahone was inducted into the CVCC Hall of Fame.
​
Mahone serves as the Commissioner of Youth Basketball at the Columbus YMCA and is a current member of the Columbus Golf Authority Board. A lifelong local resident, Mahone resides in Midland, Georgia, with his wife, Rita. Both are retired educators. They have two children and two grandchildren. Mahone enjoys fishing and golfing in his spare time.
Meet Director of Golf Operations Tiffany Shreve
Tiffany Shreve is our Director of Golf Operations. She played four years of high school golf in South Florida as well as at the JGA of Broward County. She now enjoys golf as a leisure sport. She also serves as our school's Director of Advancement and Alumni Relations. 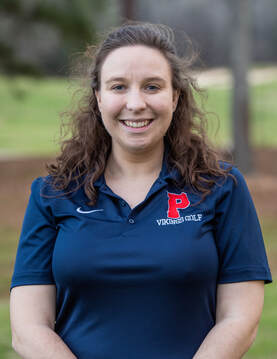