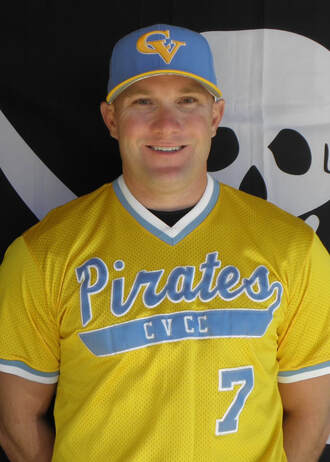 About Head Coach Adam Thomas
Inducted into the Alabama Baseball Coaches Association Hall of Fame in 2019, Adam Thomas is coming to St. Anne-Pacelli from Chattahoochee Valley Community College (CVCC) where he has served as Athletic Director since 2003. Thomas began his head baseball coaching career at CVCC in 2000 at the age of 23. He served as head coach of the CVCC Pirates for 19 years before stepping down from the coaching role due to health concerns that have since been remedied. During his tenure as head coach, Thomas amassed an impressive record of 728-358 (67%) while capturing four Region 22 Championships (2014, 2015, 2016, 2018). Two of the championships led to a 3rd place finish in the National Junior College Athletic Association Baseball World Series.

Thomas has helped numerous players further their careers at the four-year collegiate level and/or moving on to play professional baseball. Over 200 of his former Pirate players signed scholarships at four-year colleges, while 26 were either drafted in the MLB draft or signed as free agents. Thomas coached and helped develop 16 NJCAA All-Americans, while having 12 Alabama Community College Conference Players and/or Pitchers of the Year under his tutelage.

In 2012, Thomas was inducted into the CVCC Hall of Fame. He’s a two-time Alabama Community College System Chancellor's Award winner in the Administrator’s category.

“I’m excited to be a part of the Pacelli family. I’m following in the footsteps of a legend in Coach (Bobby) Howard. He’s done a phenomenal job of building the program, and I look forward to continuing to improve upon what he’s built,” said Coach Thomas. “I’m glad to be back home; I’m glad to be a head coach again, and I’m humbled to be able to do that in a Pacelli baseball uniform.” 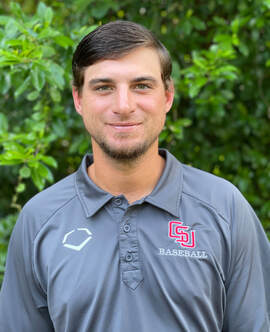 About Assistant Coach Carson Bowers
Carson Bowers is also coming to St. Anne-Pacelli Catholic School from CVCC where he has served as the assistant baseball coach since 2021. During his time at CVCC, he helped the Pirates earn the title of South Division ACCC Regular Season Champions. Prior to working with the Pirates, Bowers was a graduate assistant and part-time baseball coach at Columbus State University (CSU) from 2017-2021. While at CSU, Bowers coached under Greg Appleton and won the Regional Championship and runner-up in the 2018 Division II World Series.

Bowers earned a bachelor’s degree in Health Science and a master’s degree in Exercise Science, both from CSU.

“My dedication to help young men become better baseball players as well as students to become better citizens in their community is an everyday task that I am graciously willing to accept,” Bowers says.

In addition to serving as assistant Vikings Baseball Coach, Bowers will also teach PE to middle and high school students at St. Anne-Pacelli.