Pacelli’s Daniel Mansfield to Play Soccer at U.S. Merchant Marine Academy
Congratulations to St. Anne-Pacelli senior and Vikings Soccer goalie Daniel Mansfield who signed to play soccer at the United States Merchant Marine Academy in Kings Point, New York during a special ceremony on May 19. Read more in this Ledger-Enquirer article.
Soccer Stars
The Vikings Varsity Boys' Soccer Team made it to the second round of the GHSA Class A state championship playoffs in May 2017. Our Vikings Middle School Boys' Soccer Team had a perfect season this year and remains undefeated for the third year in a row. Way to go, Vikings!
Pacelli Baseball’s Warner Adcock Signs with Covenant College
Congratulations to 12th grader Warner Adcock! Surrounded by family, St. Anne-Pacelli Vikings Baseball Coach Hart Mizell and teammates, Warner signed to play baseball at Covenant College during a ceremony held at our school on April 19. Read more in this Ledger-Enquirer article.
Pacelli Baseball’s Avery Ross Signs with LaGrange College
Congratulations to St. Anne-Pacelli 12th grader Avery Ross on his decision to continue participating in athletics at the collegiate level! Surrounded by family, coaches and friends, Avery signed to play baseball at LaGrange College during a special ceremony on March 17, 2017. Read more in this Ledger-Enquirer article.

With 12 schools and over 200 swimmers competing at the Region Championship Meet, the Vikings placed in the top 10 in the region in multiple races:

The varsity team finished its 2016 regular season in 2nd place in the region and advanced to the Class A state volleyball playoffs during the 2016-2017 school year! 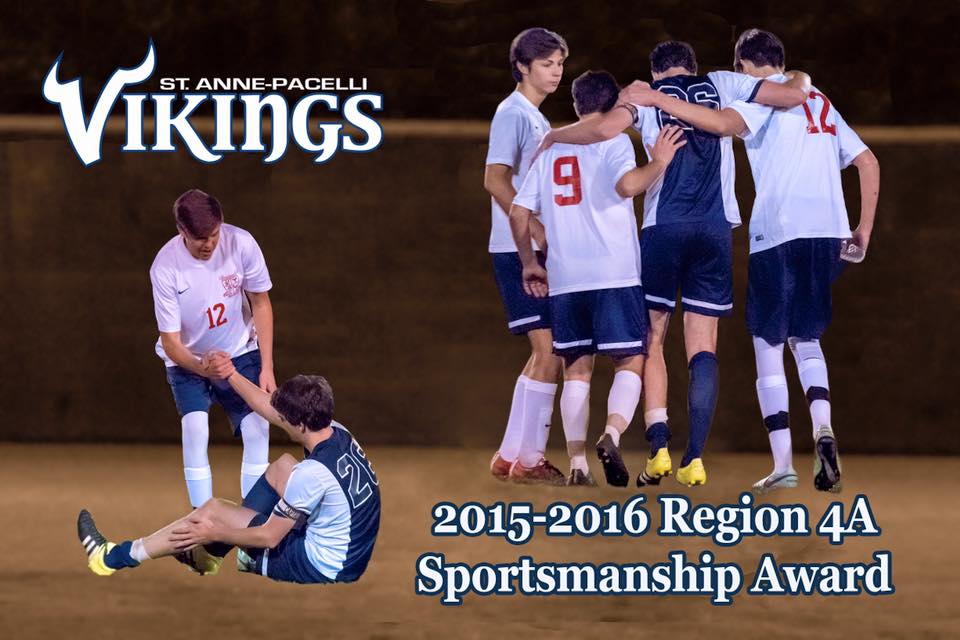 2016-17 Athletic Signings
St. Anne-Pacelli Catholic School is celebrating the decisions of student athletes to continue participating in athletics at the collegiate level. Signing ceremonies were held to recognize the following Class of 2016 student athletes:
News from the Links
Congratulations to St. Anne-Pacelli freshman Maddy Zimmermann who represented the Lady Vikings Golf Team at the GHSA Golf State Championship in Augusta on May 16, 2016 where she posted her personal best (88).  As a freshman, Maddy came in 8th overall against 30 qualifying female golfers from around our state. Way to play, Maddy!
Soccer Stars
The Vikings Varsity Boys' Soccer Team competed in the GHSA Class A state semifinals in May 2016. Our Vikings Middle School Boys' Soccer Team remains undefeated for the second year in a row. Way to go, Vikings!
Hoopin' It Up
​The Vikings Varsity Boys' Basketball Team made it to the state quarterfinals for the first time in school history during the 2015-2016 season!